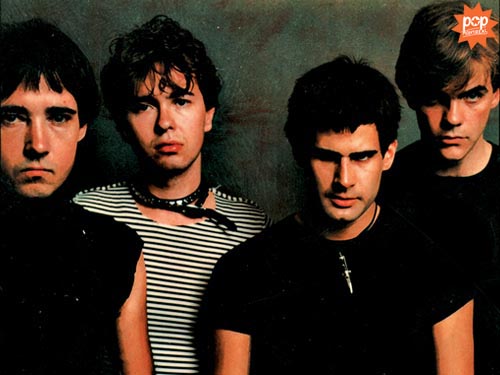 The Diodes were the ground zero of the 1977 Toronto punk explosion, running Canada's first punk club, The Crash'n'Burn and the first Canadian punk band signed to a major label, CBS, with their debut album released worldwide in the fall of 1977, ahead of the Sex Pistols and many of their UK and US peers. After two albums on CBS and two hits (Red Rubber Ball and Tired Of Waking Up Tired), The Diodes re-emerged in 1980 with a harder, gigantic guitar-driven rock groove that took their pop sensibilities from AM to AOR radio with the instantly infectious hit, Catwalker. The original band re-united in 2010 and have headlined shows in Canada (NXNE, Horseshoe, etc), UK (Cavern Club), and Italy (Road to Ruins Festival). This is the Diodes first Montreal appearance in almost 30 years.